I finally wrote my first Ruby gem and it’s called HNsearch. All it does is allows me to search for users and items on Hacker News from my terminal. It was a great experience for me to write a gem of my own and if you like to work with Ruby, then you should write one too.

What all did I use?

Since, I was trying to write a command-line application, the third link was the most useful for me. I quickly set up a Bundler project using bundle gem HNsearch and it created my starting directory structure.

As I needed a gem that I could run directly from the terminal, I created a directory bin and created a file called HNsearch inside it. The file just starts the CLI from my module HNsearch.

Writing a gem of your own is a satisfying experience and you get to learn a lot from it. And another advantage that comes along with it is the part where others can download your gem and use it. 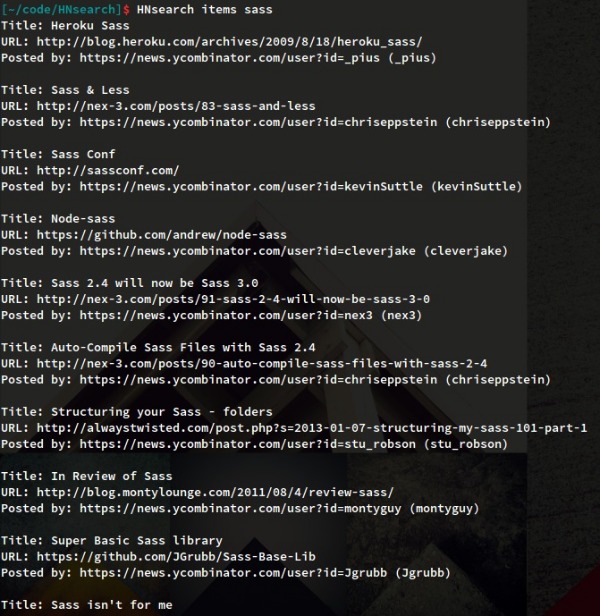